As a coastal town, Timaru is set amongst an agricultural hinterland, and serving as centre of a region which includes Geraldine, Waimate, Temuka and Pleasant Point as satellite towns.  Timaru is built on the hills created by lava flow from the extinct Mount Horrible, resulting in some steep and winding streets, and providing the distinct 'bluestone' rock from which many of the town's buildings are constructed. 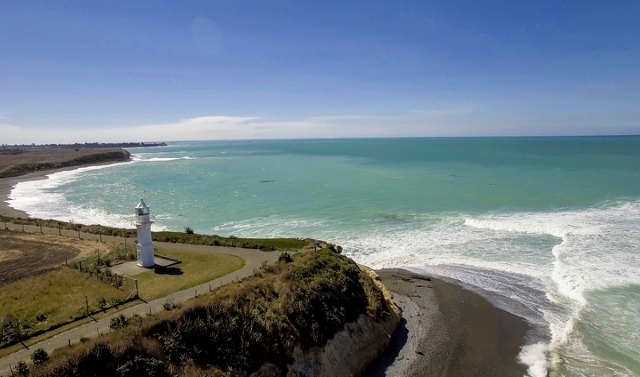 The first European settlers arrived here in the 1830s and built a whaling station  One of the first supply ships, the Caroline, gave its name to the popular seaside resort of Caroline Bay, with its boardwalks, beaches and playgrounds, just to the north of the town.  But the continuous loss of several ships coming and going from the natural port (due to the hazardous waters), led to an artificial port being built in the 1880s, and the area around Caroline Bay, where much of the sand being washed down the coastline, ended up, is still growing today.

Timaru is the country's second largest fishing port, and also acts as a major freight corridor, thanks to the South Island Main Trunk Railway, which passes through here, but with the cancellation of passenger services in 2002, it was to the airport that many people found themselves landing, which offers regular hops to Wellington. 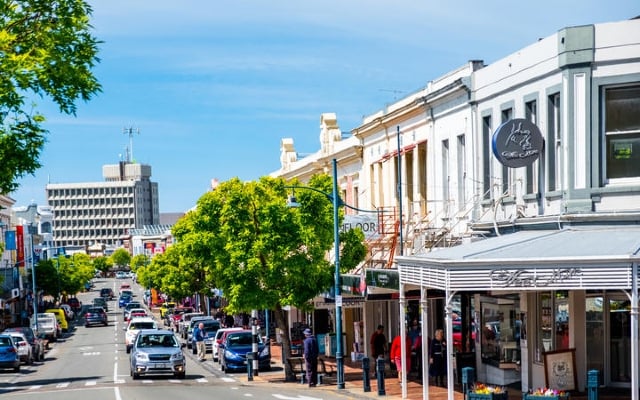 Stafford Street is where the main CBD of Timaru lies, with plenty of shops, bars and restaurants, and some lovely old buildings reflecting the town's Victorian roots.  The main attraction for visitor to Timaru is the South Canterbury Museum, which details the area's geological roots, with plenty of fossils, old mining artefacts, and the impressive EP Sealy Natural History Collection.  The museum also presents the life story of local hero, Richard Pearse, an early 20th century inventor and adventurer, who many think was the first person to take to the skies in a heavier-than-air machine, many months before the Wright brothers, in 1903.

Creative types might want to check out the Aigantighe, the South Island's third largest art museum, which holds an impressive art collection, some exhibits dating from the 16th century.  Explore the sculpture garden, and enjoy the quaintness of the 1908 homestead in which the gallery is housed.

On Sheffield Street, you'll find the DB Mainland Brewery, which conducts regular tours and tastings, and if you're lucky enough to be here in January, you can take part in the Caroline Bay Carnival, a cornucopia of parades, live music, entertainment and frivolity in Caroline Bay Park.

For sports, head to Aorangi Park for athletics action, or one of the town's two major swimming pools for something a little more leisurely, while surfers should make a beeline for Patiti Point or Jack's Point.

Explore Timaru Botanic Gardens and the Trevor Griffiths Rose Garden (Timaru has its own rose, the "Trumpeter", named after Louis Armstrong), or just wander the streets and pick out the splendid examples of Victorian and Edwardian architecture.  For a really laid back day, head to The Piazza, high above Caroline Bay, and relax in this newly-developed complex with its cafes and bars, all with amazing views across the ocean and to the mountains beyond.