With a visual backdrop as stunning as the Southern Alps, it doesn't take much imagination to see why Geraldine is one of Canterbury's most visited towns.  It's a welcoming place, with a village vibe and friendly locals, who'll be more than happy to point you in the direction of some picturesque walks, delicious cafes and restaurants, and some fascinating architecture.

Geraldine lies around 135km south of Christchurch, just 35km inland from Timaru, and is filled with adorable streets of craft shops, antiques stores and heritage buildings, centred around Talbot Street, where early settler Samuel Hewlings built the town's first dwelling in 1854.  After marrying a local Maori girl, Hewlings went on to plant a totara tree in the garden on the birth of his first daughter - a tree which still stands today (facing the police station).

Around Hewlings' hut grew a thriving sheep farming town, which included other businesses such as saw mills and crop growing. Interestingly, though, despite the hard work all these industries entailed, Geraldine was a 'dry' town, right up until 1950, when the first drinks licence was granted to the local hotel.

Since the early 20th century, Geraldine's laid back atmosphere and beautiful location, has drawn a wealth of artists and artisans to the town, and the streets are full of galleries, museums, boutique food shops and craft stores.  Here, you can sample anything from locally made cheese, chocolate, wood carvings, glassware, paintings and you can even see a half-size replica of the Bayeux Tapestry.

Visit the Geraldine Museum for a taste of the town's past, and take a walking tour to discover some of the oldest buildings still standing here, including the Geraldine Cinema, which remains a focal point in the town.

Geraldine is a popular base for those wishing to explore nearby Peel Forest, around 23km north of the town.  Located near the Rangitata River, in the foothills of the Southern Alps, there are dozens of tramping tracks to explore here, for all abilities, as well as plenty of fishing, and more action-packed activities along the river, such as white water rafting, abseiling and rock climbing. 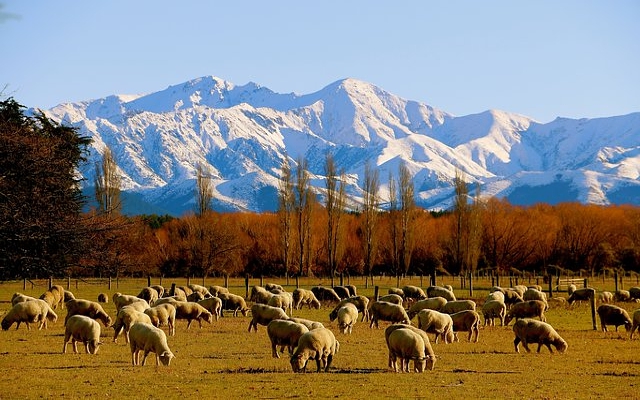