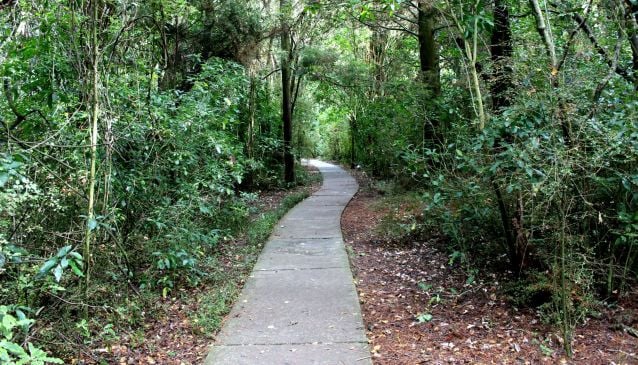 Gardens and Parks Points of Interest Culture and Heritage

Explore native bush through well laid out tracks. Find a peaceful spot on the edge of the city.

Riccarton Bush, in the Christchurch suburb of Riccarton was created in 1914 as a means of preserving native forest in the area.

Today the 12-hectare reserve is home to the city's last remaining area of the native kahikatea, some of which are more than 600 years old, as well as other native trees including totara and matai.

Plants including New Zealand passionflower and jasmine are also abundant throughout the reserve.

Some of Canterbury's first settlers John and William Deans who came to the country from Scotland in the 1840s originally owned the land. The Deans family later donated it to the public so the forest could be preserved.

The well signposted track through the diverse vegetation is easy to walk and suitable for people of all fitness levels.

Next to the reserve stands Deans Cottage, the original cottage built by the Deans brothers when they settled in the area, and Riccarton House built later by the Deans family. The house is currently closed due to earthquake damage; however, the grounds, the cottage, and the bush walk are still open to visitors.

The park is open every day. Free car park is available at the main entrance off the Kahu Road.