Search for a company in Christchurch
Advertisment 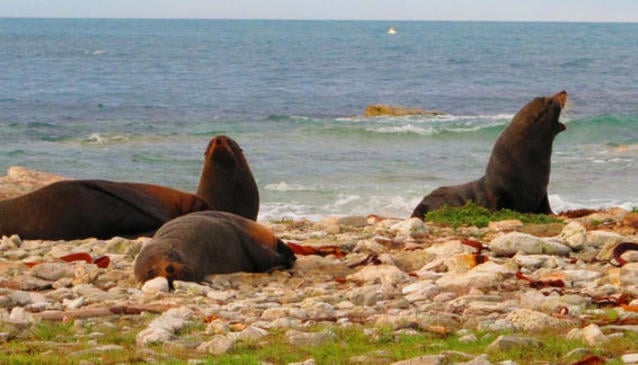 A few minutes' drive from Kaikoura town centre brings you up close to a seal colony. Park your car and view the seals in their natural habitat, with a backdrop of the Kaikoura mountains and coastline.

The New Zealand Fur seal is a common sight  around Kaikoura throughout the year a small breeding colony scattered along the peninsula coastline. The seal population is predominantly male.

It's advised for your own safety to refrain from disturbing the seals. 10 metres is the recommended distance near the car park and 20 metres along the rest of the coastline.

From the Point Kean car park you can also follow a walk along the cliffs to get an impressive aerial view of the seal colony below, and the beautiful coastline stretched out before you. The walk includes the Point Kean Lookout with 360 panoramic views of the coastline, Kaikoura town and the towering mountains.

Close to the seal colony is Fyffe House, the oldest building in Kaikoura and a reminder of Kaikoura's whaling past.