Like the American Mid-West it's BIG blue sky country, with tussock plains smudging into the horizon

In the heart of Mackenzie Country, Lake Tekapo is one of the three great lakes set in a rolling sea of tussock.  Like the American Mid-West, it's BIG blue sky country.  In the East, tussock plains smudge into the horizon and on the Western front the Southern Alps bisect the landscape.

The name Tekapo is probably a derivative of the Maori name for the area, which is Takapo, meaning 'To leave in haste at night', while the Basin was named after the infamous Scottish sheep thief James Mckenzie.  In 1855 Mckenzie, his dog Friday and a heard of stolen sheep used this area to hide from the authorities. 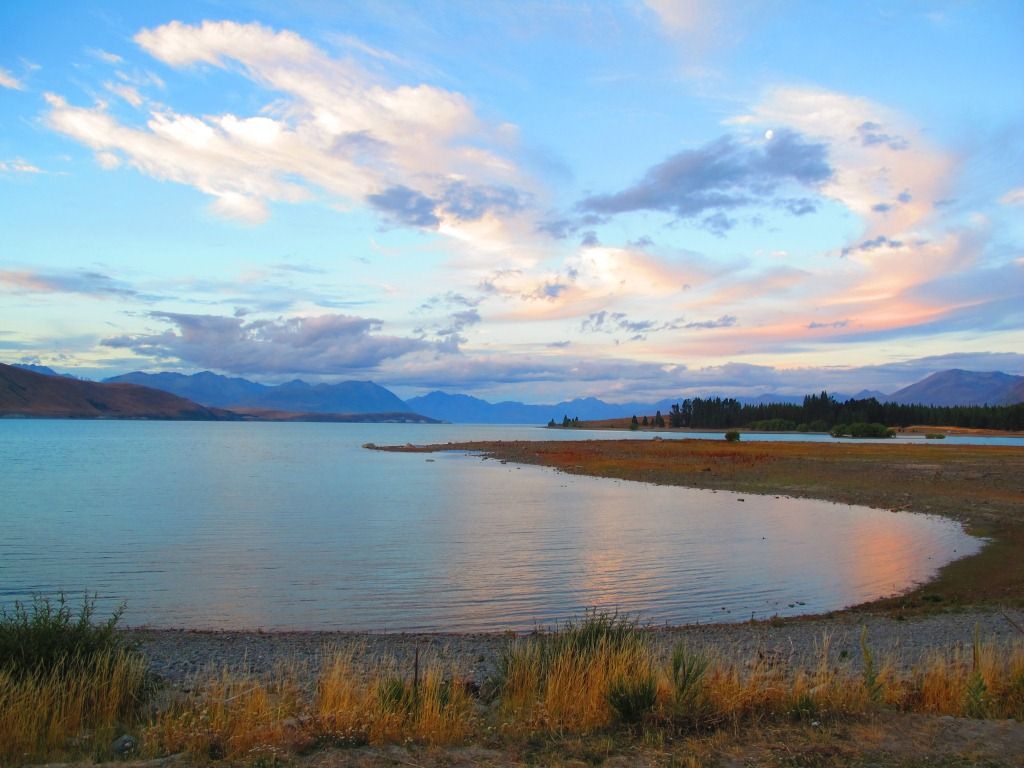 While staying at Tekapo Village I discovered three great ways to experience the blue sky phenomenon.  Well, maybe not all blue sky.  The stars set in velvety black when viewed from Mount John Observatory on an Earth & Sky tour are completely surreal. Weather permitting, going on a visual tour of the universe is highly recommended.  Built in 1965, astronomers from all over the world have spent the last fifty years stargazing from the Mackenzie Country.  With the lack of light pollution, the view of the night sky is so good that the USA military has even used the site as a satellite tracking system base.

Today the observatory is home to a 1.8-metre telescope thanks to a grant from Nagoya University in Japan.  It is the southerly most observatory of its size in the world and you can literally see thousands of stars spread across the unpolluted night's sky.  The telescope is that good it can detect exploding stars 11.5 billion light years away!

Even when the sun is out, it is worth taking the short drive from town to enjoy a panoramic view of Lake Tekapo and Lake Alexandrina.  We went up on a cloudless day and followed the path around the observatory reading information panels along the way. My added shot of happiness was the coffee served by the team at Astro Cafe. Coffee, astronomy and a view, all on top of roche moutonnee (a small mountain carved out by glaciers) overlooking Lake Tekapo - hard to believe, but completely true! 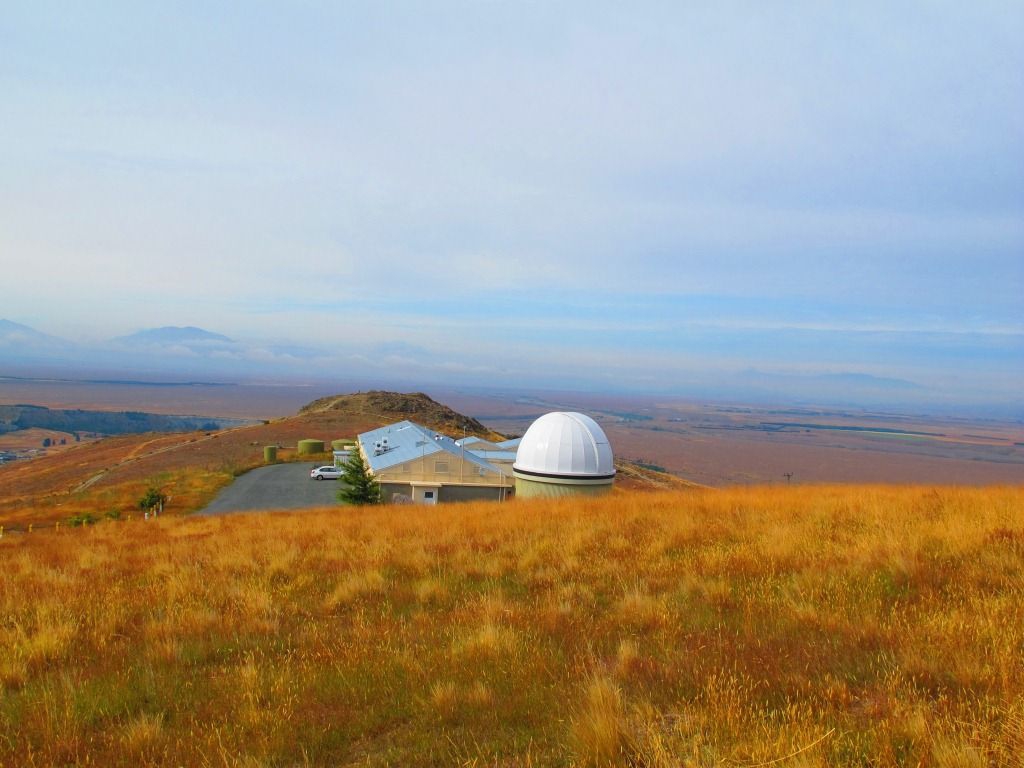 My second blue-sky view was from an aeroplane window on an Air Safaris Grand Traverse flight seeing tour.  Flying around the Southern Alps and seeing Australasia's tallest peaks is a hard to forget experience.

As with most aerial views, Tekapo Village looked Lilliputian from the air - although, I could still make out the bronze statue of a collie dog next to the Church of the Good Shepherd on the shores of the Lake.  The Godley Valley with its braided turquoise tributaries looked stunning from the air; although I know it can be like the Siberia plains in winter.  As we flew up into the mountains Aoraki Mt Cook and Mt Tasman become heart stoppingly crisp, just outside my window.

The West Coast glaciers are deeply crevassed and tumble down the mountainside, in complete contrast to the Tasman Glaciers gentler slopes on the Eastern side of the Alps.  I enjoyed seeing Franz Josef Glacier village and looking out to Lake Mapourika, Okarito and the Tasman Sea.

Seeing the backcountry huts with their red tin rooves almost inspired me to get back into mountaineering.  Nevertheless, there is something to be said for seeing the sights while you are safe and warm, without hiking for hours on end with a heavy pack. 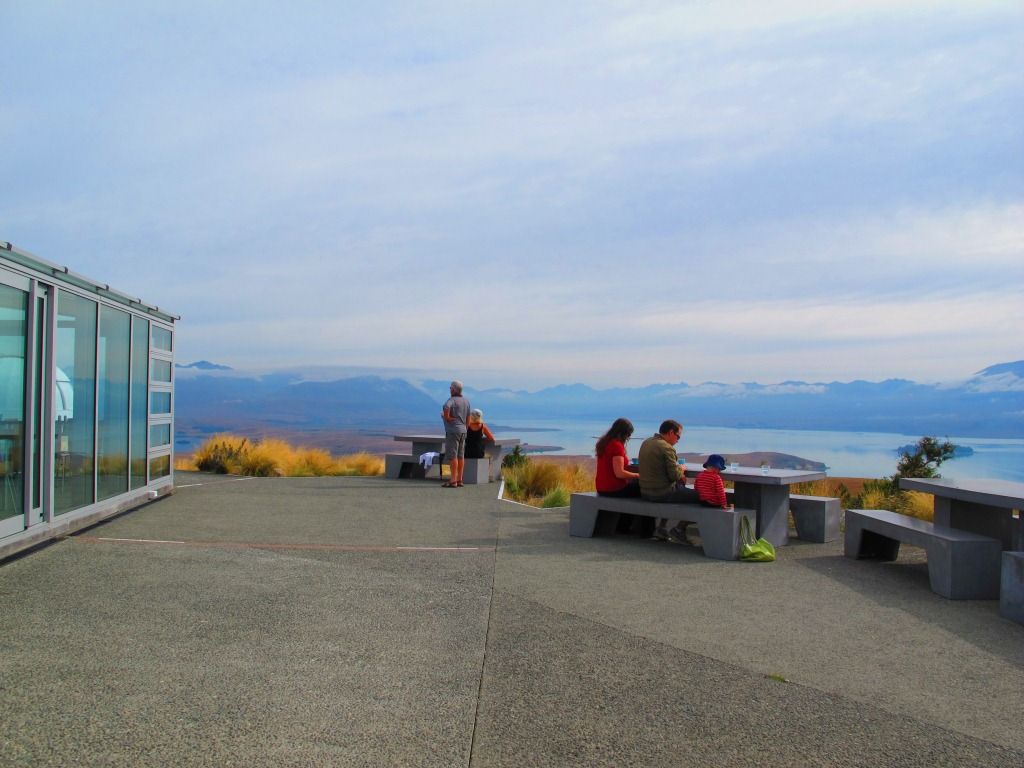 My final favourite spot for soaking up the big blue skies around Tekapo is at Tekapo Springs.  Set on the edge of Lake Tekapo, these three pools are surrounded by landscaped tussock and boulders. It's the perfect place to visit after a day's adventuring, with the added bonus of an indoor European style cedar sauna and white tiled steam room.

Named after the three great lakes Tekapo, Ohau and Pukaki - each pool is progressively warmer, so you can choose from a mildly tepid soak or steaming heat.  Watching the sun go down while marinating in the hot pools leads to one of the deepest sleeps that I have ever had. Perhaps the world should give up on sleeping pills and just go to Tekapo!

Whether you need a good night's sleep or not Tekapo is well worth a visit.  To truly take in all the views, staying for a few days is the way to go. It's preferable to  being one of those visitors who takes a hasty shot of the collie dog next by the famous stone church and misses out on these true blue Mackenzie country experiences. 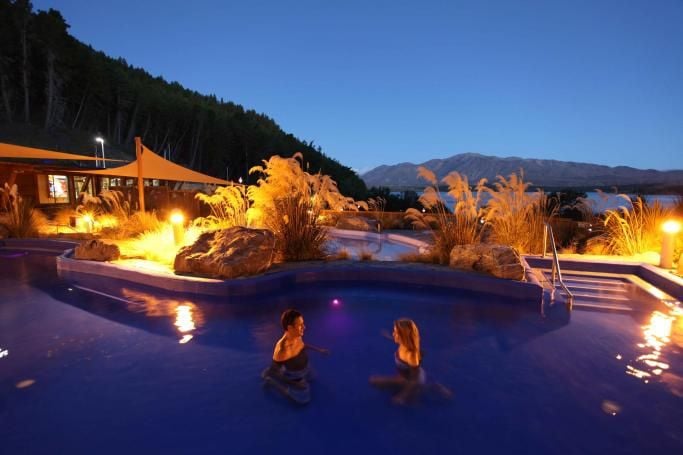